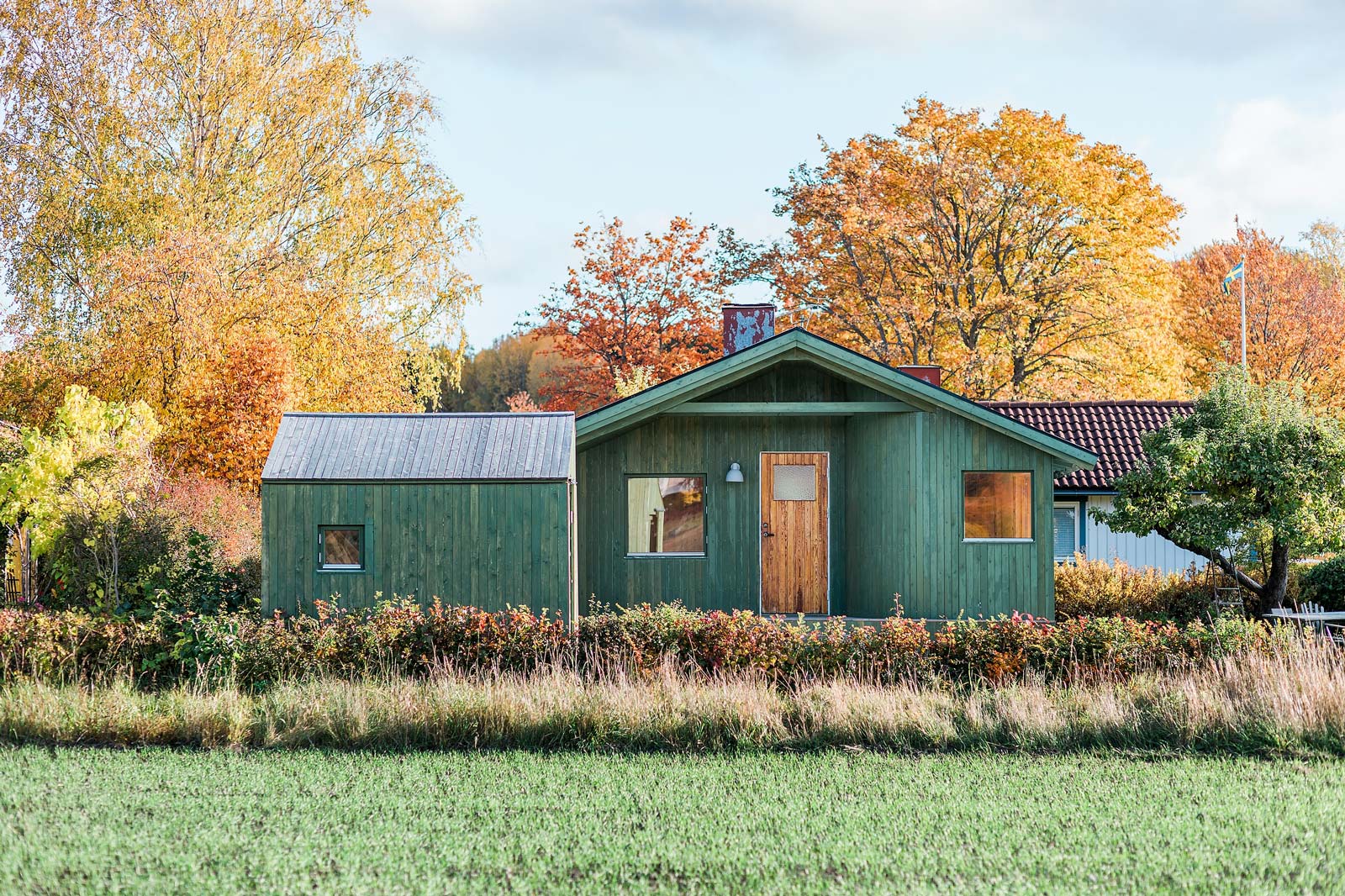 The house belongs to an allotment garden at Ekerö, outside of Stockholm, and was originally built in the 1950s. The recent alteration include changes to the interior and the exterior, adapting the building to the use of a seasonal home with guesthouse for a small family.

A series of curved walls have been added to the original building volume. The curved walls form niches with built-in furniture and spaces for sitting, sleeping, showering and storage. They are alternately concave and convex to form spaces inside as well as outside the buildings. The curvatures also direct the views toward the landscape and the nearby lake. The added openings are placed to give a close contact with the garden in some places and to offer elongated landscape views in others. 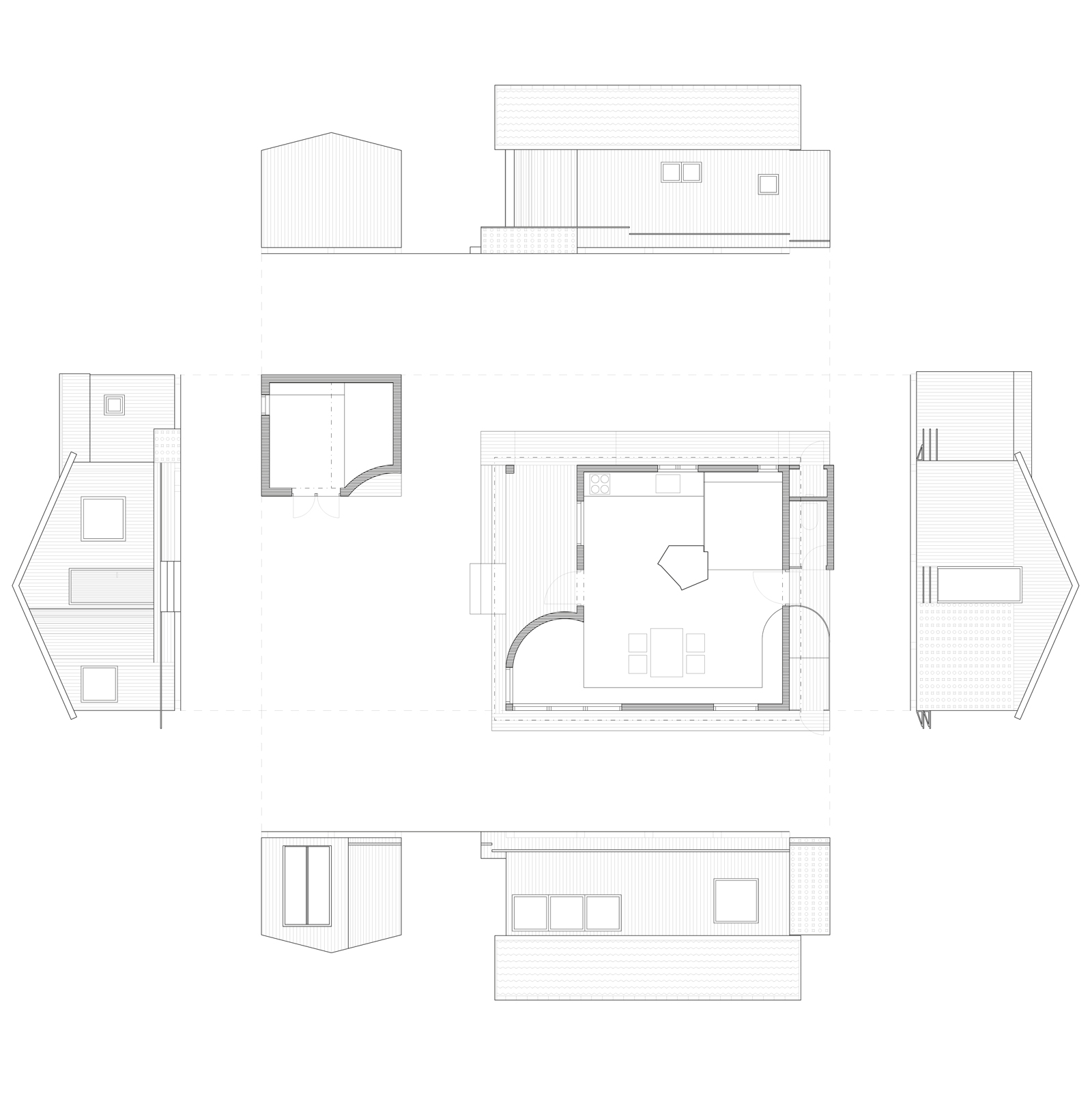 On some of the walls and shutters there is a reoccurring pattern made as a perforation or colored print. In combination with the curves of the walls the pattern creates a special and atmospheric continuity between the interiors and the exteriors of the two small houses - the interior unfolds into the garden and rooms are defined along the walls outside as well as inside. 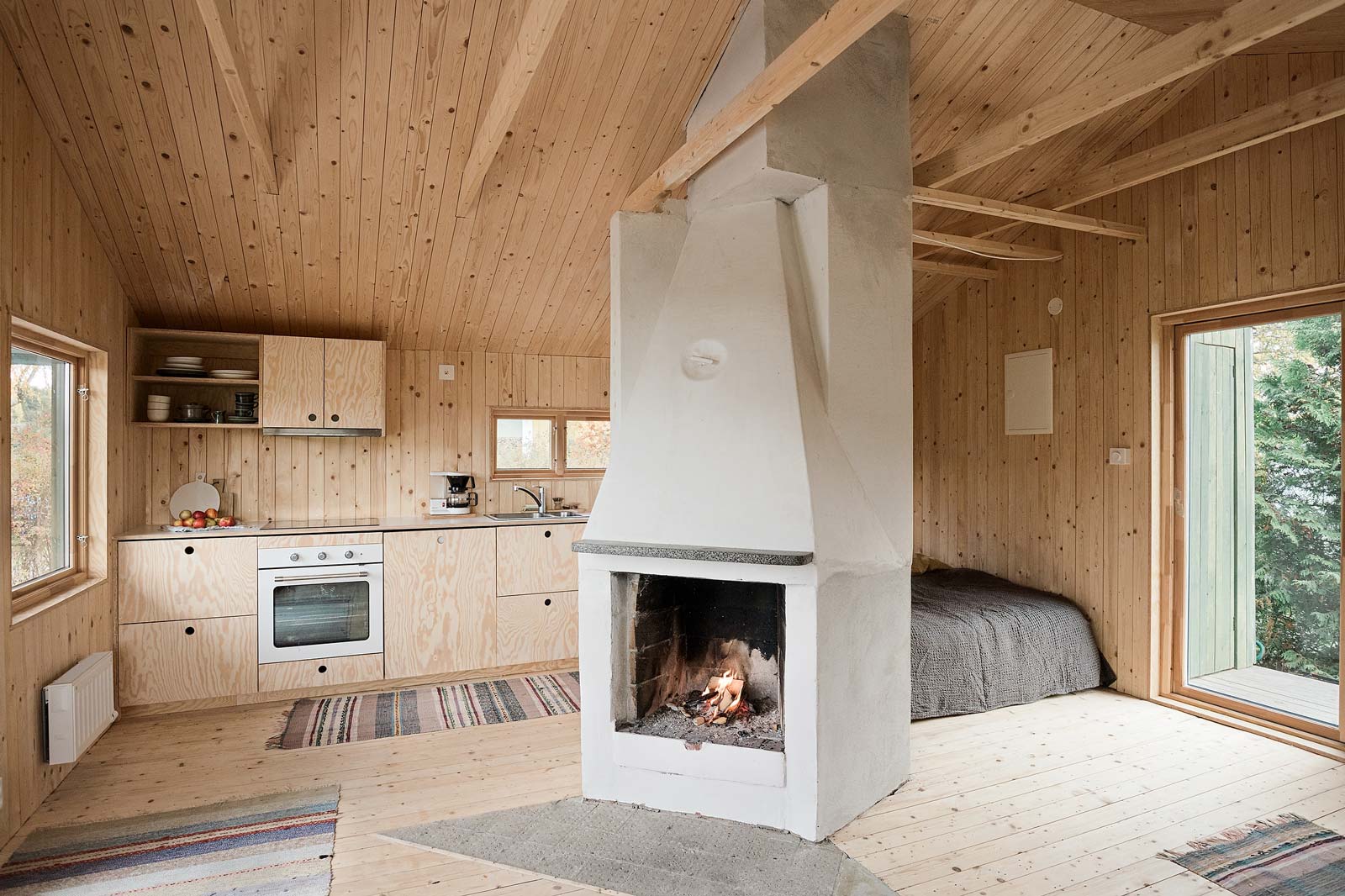 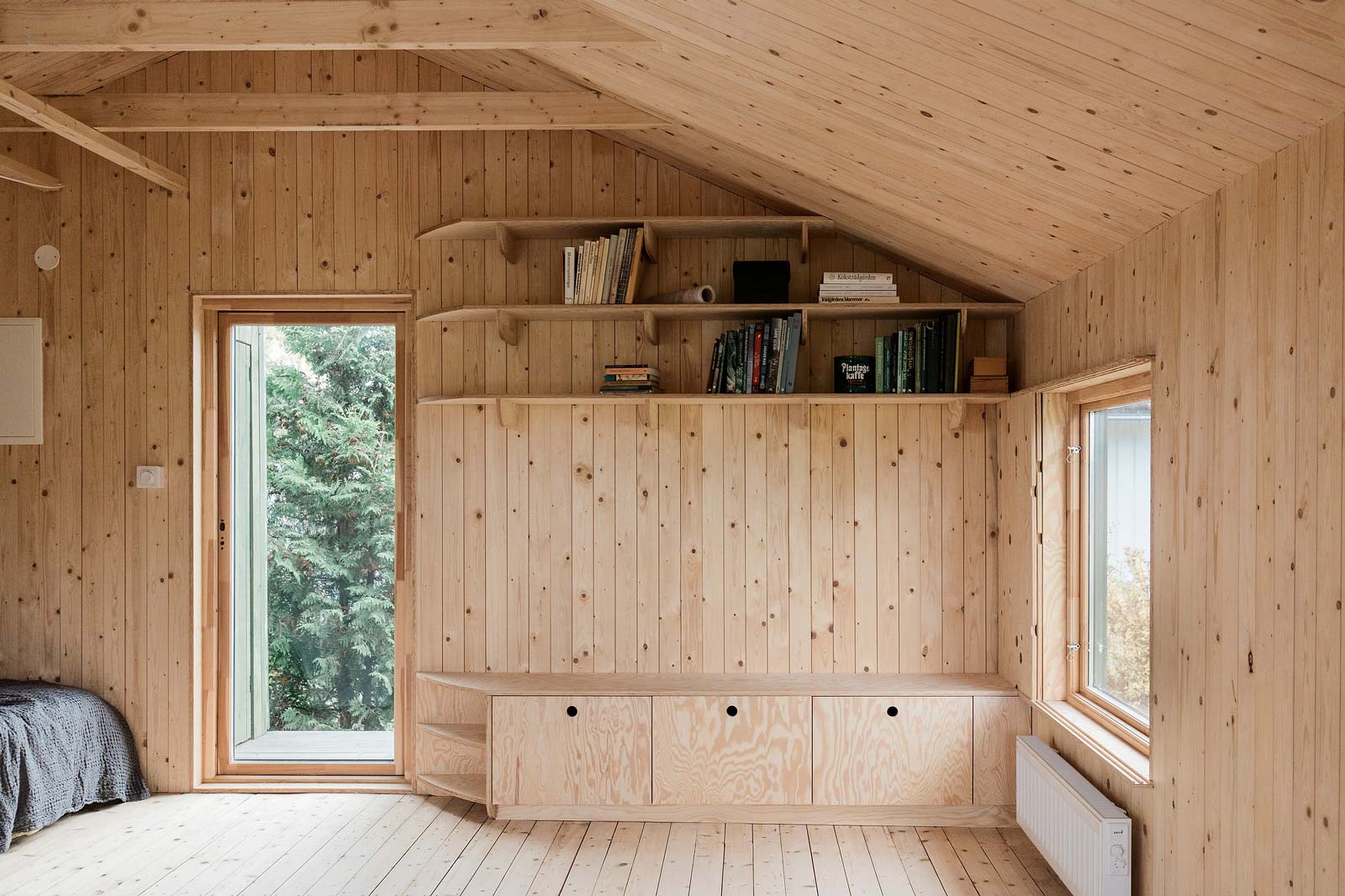 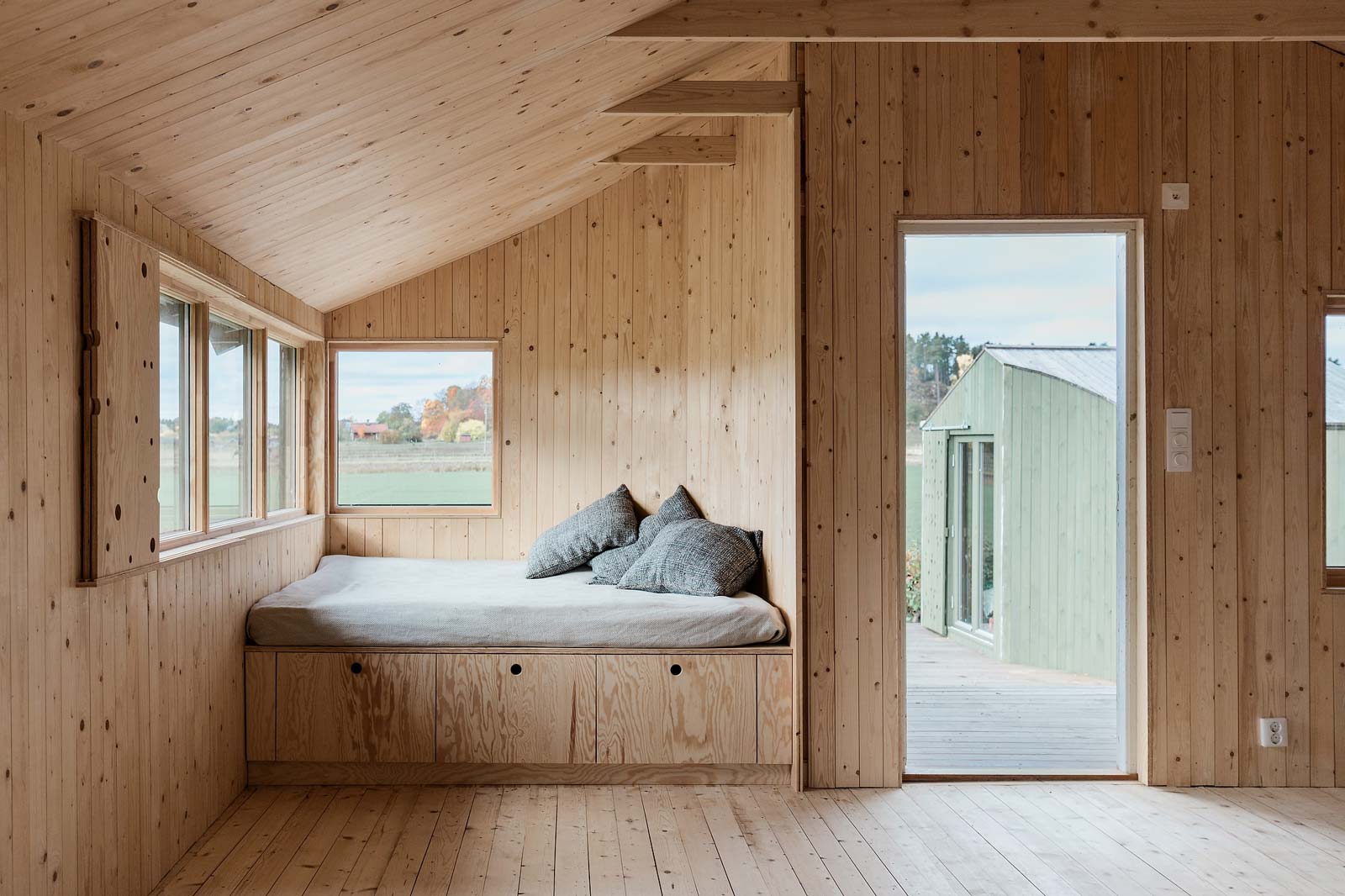 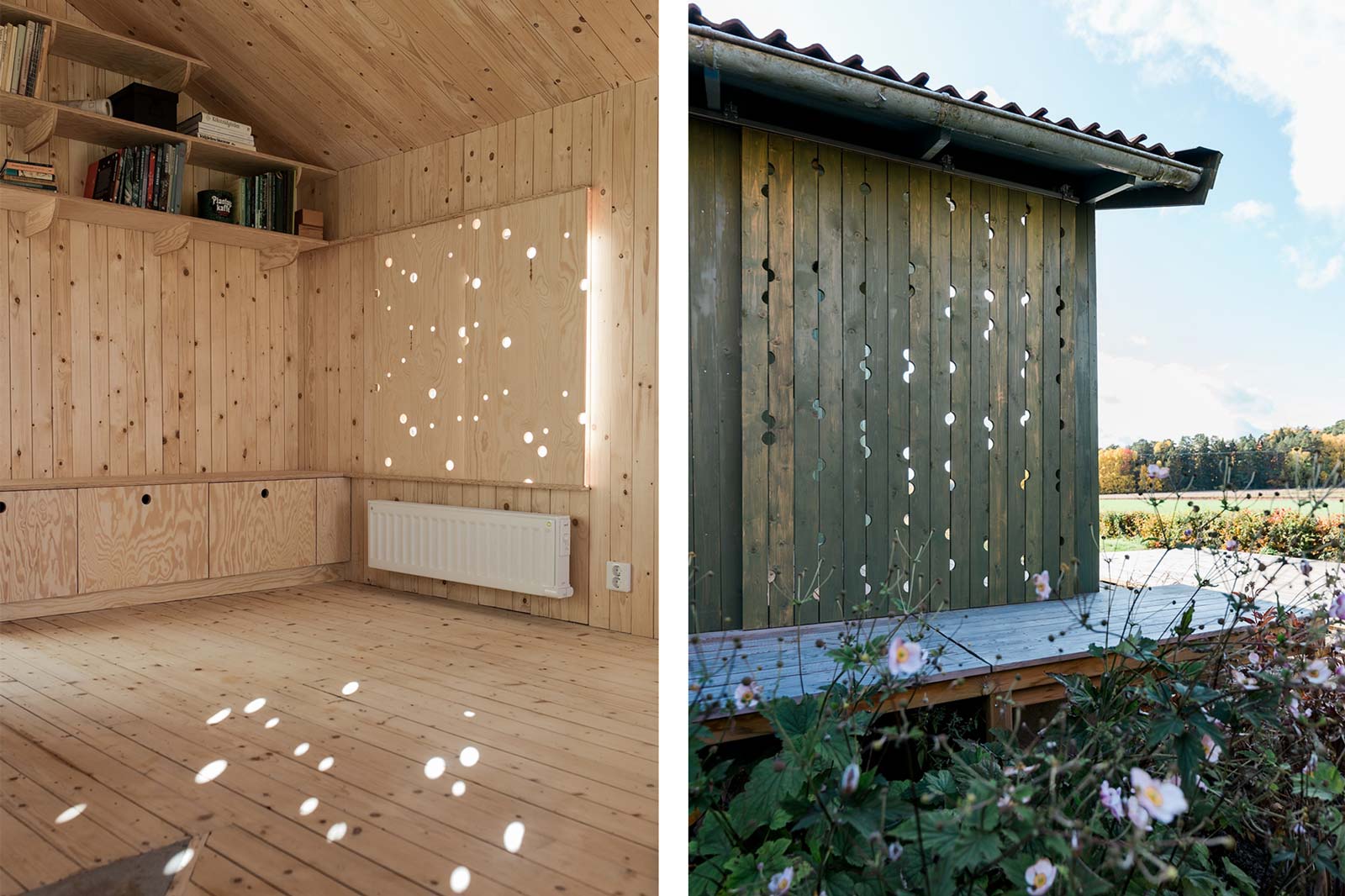